Although China’s map has changed quite a bit over the past century – and there are still plenty of disagreements (uh…Taiwan? Hong Kong?) – it’s safe to say that China has set most of its boundaries.

As you scroll down at the various China province maps, you’ll want to understand the difference between the four administrative divisions. These include:

For those teachers and parents who need a blank China map, you’ll find the following very useful. Feel free to copy/save the image below, or if you’d like a printable version of the blank China provinces map, click the button below for an immediate download.

Whatever the case, hopefully you can find the map you need below. Right click and find “Save Image As” to save to your computer. 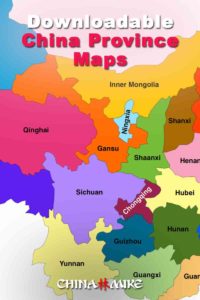