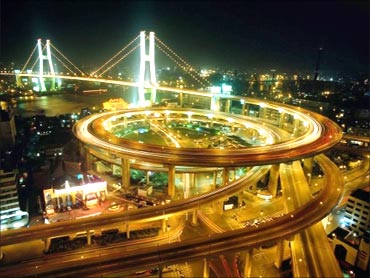 38% of China’s huge 2008-9 economic stimulus package will go towards public infrastructure projects, including railway, road, irrigation, and airport construction. An estimated US$300 billion of the 4 trillion RMB (or US$ 586 billion) will be invested on its high-speed rail network.
[ Wikipedia “Chinese economic stimulus program” ]


China spends about 50% of its GDP on a broad category economists call investment — roads, bridges, trains, ports, technology, factories and office buildings, which is “the highest share in recorded history. During their great booms in the 1960s and ’70s, Japan and South Korea never topped 40 percent. China itself was spending 35 percent only a decade ago.”
[The New York Times “In China, Cultivating the Urge to Splurge” Nov. 24, 2010 ]


China budgeted 80 billion yuan (US$11.8 billion) on transportation infrastructure in 2010. However, China’s rising rate of vehicle ownership has greatly outpaced the growth of the country’s highway system.
[ The Economist online “The Great Crawl of China” August 26, 2010 ]


Shanghai built 1,500 miles of road in the past decade….representing three Manhattan’s worth of streets.
[ Source: National Geographic, FCNY ]

Q: How many people die on Chinese roads every day? Find out at China facts: TRANSPORTATION & EXPLODING CAR CULTURE. 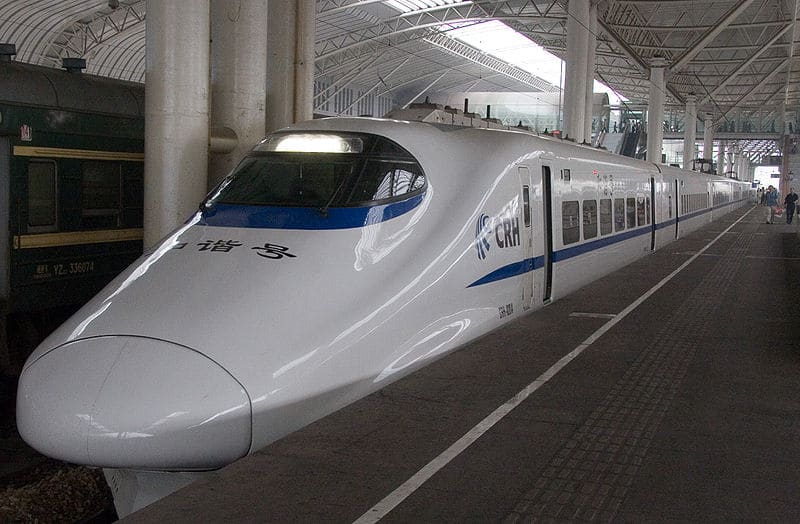 China is planning a high-speed train system that will link London to Beijing…in only 48 hours. Capable of traveling at over 200mph, the new system could make the 5,070-mile trip—which currently takes a week or more and several changes of service–in just two days.
[Daily Mail UK “’New Orient Express’ fast train could get travellers to Beijing from London in two days” March 9, 2010 ]


China is planning on building 97 new airports in 12 years, including a second international airport in Beijing. At the end of 2006, there were 147, including 45 used for both civilian and military purposes. By 2020, that number will grow to a total of 244.
[ 2008 airport development plan, General Administration of Civil Aviation of China (CAAC)]