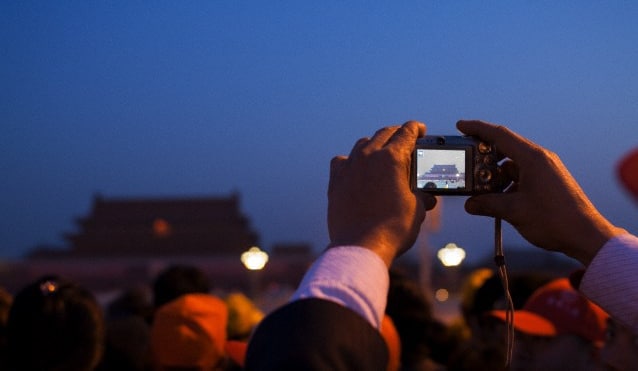 China was closed to foreign tourism between 1949 and 1974 during the rule of Mao Zedong. Deng Xiaoping decided to develop China’s tourism in the late 1970’s as a way of earning foreign exchange.
[ Wikipedia “Tourism in China” ] 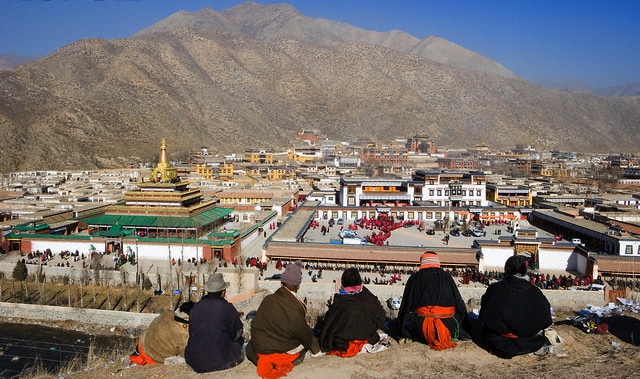 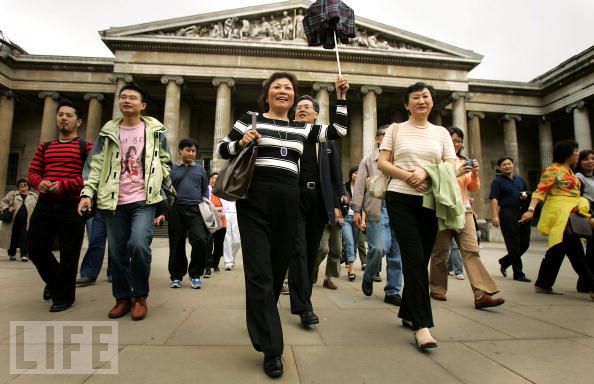 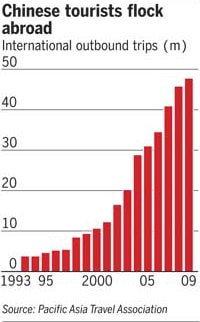 China is expected to be the world’s largest source of outbound tourists by 2020—accounting for about 100 million trips a year.
[ Wikipedia “Tourism in China” ]


Before 2003, Turkey and Egypt were the only non-Asia-Pacific destinations that Chinese citizens were only allowed to travel for leisure.
[ The Financial Times, “Chinese travellers change the face of tourism” June 8, 2010 ]


Today, Chinese tourists are approved to travel to over 100 outbound destinations.
[ The Financial Times, “Chinese travellers change the face of tourism” June 8, 2010 ]


Chinese tourists have only been able to travel to the U.S. since 2008.
[ The Financial Times, “Chinese travellers change the face of tourism” June 8, 2010 ] 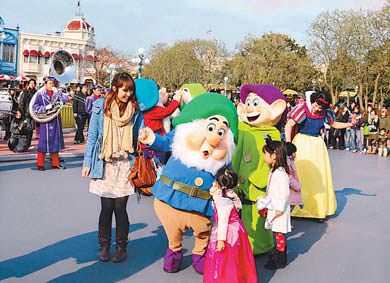 The Chinese government urges outbound Chinese tourists to mind their manners. “Chinese tourists know they are more coveted for their money than loved in Europe,” according to the Economist. “Several times in the past few years the Spiritual Civilization Steering Committee of the country’s Communist Party has issued chivvying circulars calling on Chinese tourists to avoid queue-jumping, loudness or haggling in shops with fixed prices.”
[The Economist “A new Grand Tour” Dec. 16, 2010 ] 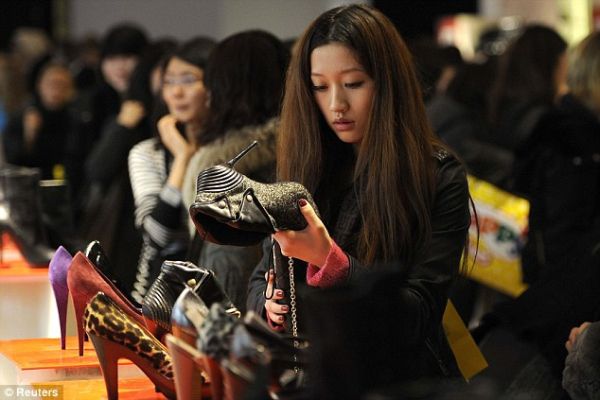 In 2004, Chinese tourists spent more than US$19.1 billion on overseas travel.
[ Wikipedia “Tourism in China” ]


Chinese tourists reserve more than a third of their holiday budgets for shopping, according to estimates by a 2008 study by the European Travel Commission. They’re used to spending a lot on domestic shopping in China, so they don’t mind stopping money overseas.
[The Economist “A new Grand Tour” Dec. 16, 2010 ]


For Chinese tourists “excitement and acquisition are prized over pleasant, relaxing experiences.” While they value European luxury, they “just aren’t so interested in luxurious hotels and lavish meals. Coming from a newly affluent, increasingly unequal society, they have a strong preference for the accumulation of material goods.’”
[The Economist “A new Grand Tour” Dec. 16, 2010 ]


In 2008, Chinese tourists passed all other nationalities as the biggest shoppers in France, according to a survey by the French government.
[ The Financial Times, “Chinese travellers change the face of tourism” June 8, 2010 ]

Q: What % of the luxury goods bought by Chinese are bought outside China? (You’ll be surprised!) Find out in China Facts: RICH, POOR, & LUXURY GOODS.

Chinese tourists to the U.S. spend more than visitors from any other country, according to the U.S. Travel Association. The nearly 500,000 Chinese tourists in 2008 spent an average of $7,200 each on accommodation, air travel, dining, shopping and gambling.
[ Ad Age “Chinese Tourists to U.S. Come Often, Stay a Long Time and Spend Heavily” Oct. 28, 2009 ]